Some truths about making a commitment to yourself

Two years ago I made a promise to myself to recommit to the practice of photography. Before shifting into what was called “new media” a couple decades ago, I made my living as a professional photographer, but somewhere along my path–between a relationship and running a business–the desire to pursue personal projects slowly ebbed away. It wasn’t until I immersed myself in a provocative online course in 2015 that I realized an integral part of life was missing. The space needed for my creative pursuits got stuffed into a corner along with a good measure of adventure and joy.

Well, it may have taken a couple revolutions around the sun, a break-up and the death of a loved one to jolt me back into a place of creative expression, but here I am! Not only do I have a new mirrorless camera, I also just returned from a photo expedition to Iceland (photos to come) and a road trip to shoot the starry nights in Shiprock, New Mexico.

The reason I call my photography a practice revolves around the way I approach the camera. I view it as a tool that helps me to see the world more deeply and clearly, to the point that the actual experience of taking pictures can sometimes supersede the need to post-process and share them publicly. I suppose a big part of my reluctance to dig into post processing stems from the long hours I spend in front of my computer monitor. I just want to get away from the computer and immerse myself in nature while recording the beauty that finds me.

Photography lights me up, and when you can identify points of illumination in your life, you most certainly should focus on them.

But as I said earlier, I committed to changing this two years ago. Instead of haphazardly shooting images here and there and allowing them to collect dust in the cloud somewhere, I finally understand how important it is to bring my best images full circle to a place of completion. Photography lights me up, and when you can identify points of illumination in your life, you most certainly should focus on them!

Which brings to my good friend, who is a published poet, a chemist and also happens to be a client: Michael Smith.

A couple months ago, Michael called me up to share some great news–one of his poems, Some Truths About This Night’s Sky, would be featured on the blog of Superstitious Review. This literary review which is published by Arizona State University features the work of previously published writers. After filling me in on the publication details he asked if I happened to have any star images that might appear with the poem in my personal library. I said no, but it just so happened I was about to leave on a photo tour of Iceland and was pretty sure I’d return with pics of the aurora borealis. Michael thought this was superb, but I decided we should hatch an alternative plan just in case I failed at checking the northern lights off my bucket list. We agreed, I’d take some shots just outside of Santa Fe after I returned home if this was the case.

Well, as you’ve probably noted, there isn’t an aurora photograph at the top of this post. Alas! Cloud cover and low aurora activity left me empty-handed, but the creative gap was still there, waiting to be filled.

“What a GREAT excuse to get out of Dodge!” I thought, and so began the search for the perfect southwestern location for a star photograph with Michael in it. 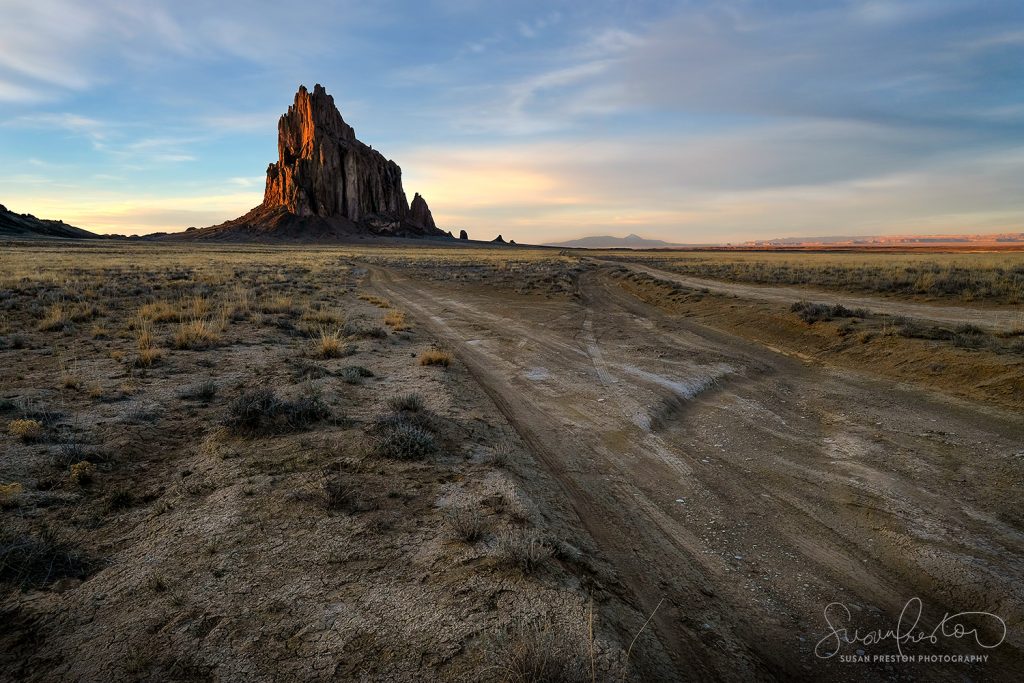 If you’ve never heard of Shiprock–many haven’t because it’s out in the middle of desert nowhere–it’s a massive, amazing remnant of the throat of a volcano rising 7,177 feet out of the Navajo desert. Over the last 27 million years, the earth surrounding it has eroded, leaving what Native Americans call the rock with wings. The old Navajo stories tell of how their tribe, propelled from another far away realm, landed atop this rock. Obviously, it’s a sacred place to them.

I’m here to tell you… placing oneself at the foot of this spectacle is nothing short of magical.

Poetry is an interesting animal. Instead of stressing yourself out by trying to figure out what the poet meant to say, I believe the meaning that is meant for you will emerge when this art form is met with an open heart.

Michael’s poem, which I share below and can also be found on the Superstition Review  blog, identifies stars as anchor points to live by. I don’t know how the weaving of his words will touch you today, but for me, I rather like the idea of being guided by metaphorical stars and discovering the truth that is found when living among them.

Wishing you all the joy and ease which comes from investigating your passions… and flying toward them.

Some Truths About This Night Sky

Author note: Hsueh Tou Ch’ung Hsien (980 – 1052) wrote “beyond the cosmos all (is) filled to the brim”. A Ch’an (Zen) master, he compiled a set of 100 kung an (koans, “public cases” of ancient events) that ultimately became The Blue Cliff Record. 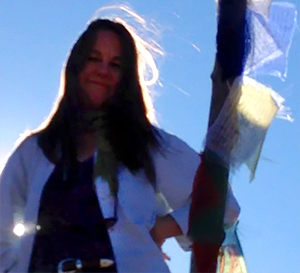 Creative Director, Susan J. Preston, began freelancing as a web designer in Washington, DC in 1996. Her presentation design has appeared in animations, webinars and presentations for Microsoft, The Pew Foundation, iovation and The Discovery Channel. Since 2010 she has resided in Santa Fe & Taos, New Mexico, working with creative professionals and entrepreneurs with a focus on clear and effective visual communication which clearly communicates and inspires audience engagement.